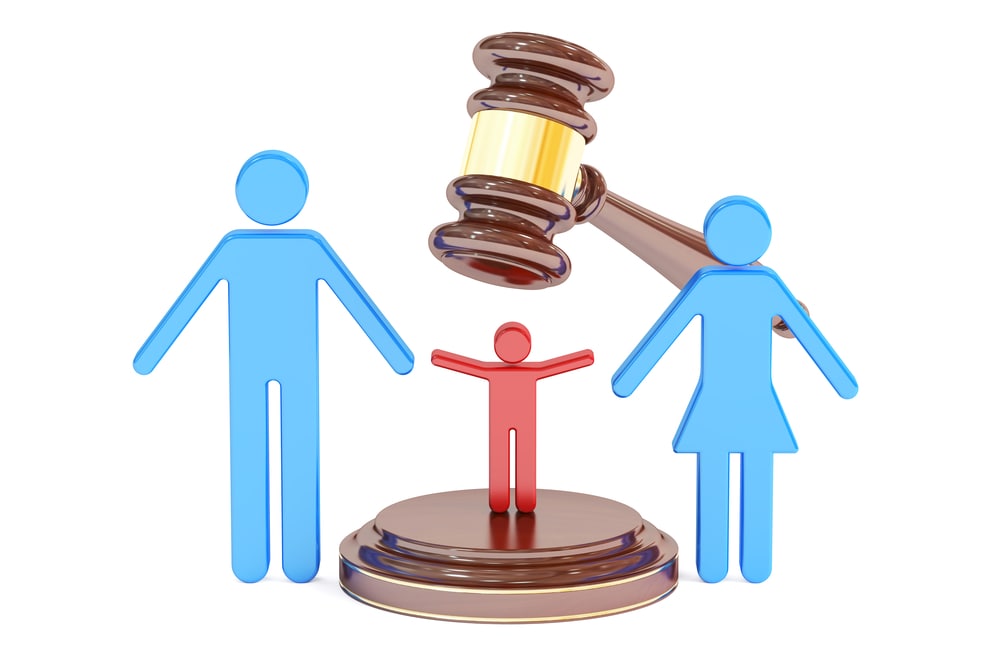 When couples get married, no one plans to divorce. Yet, in 2021, 7.4 million people obtained a legal divorce in Canada. Although divorce is a common occurrence, it is a stressful one, especially when children are involved.

Our goal at Spectrum Family Law Calgary is to make this difficult transition as smooth as possible. We aim for you to have a clear understanding of the systems in place so that you can best protect and care for your family.

When dealing with something as important as custody agreements and parenting plans, you need skilled legal guidance from a knowledgeable Alberta attorney.

Table of Contents
1 Do unmarried fathers have the same rights as married fathers in Canada?
2 How can I be sure my parenting plan complies with the law?
3 In Alberta, what factors determine “the child’s best interests”?
4 Can parents let the Alberta court decide the custody arrangements?
5 Contact an experienced Alberta parenting plan and custody agreement attorney today
Book A Consultation

Couples who live together and have children together, whether married or not, are considered to be joint custodians in Canada.

If and when the parents decide to separate (or if the parties have never lived together and decide to no longer see each other) legal difficulties may arise involving parenting, child custody, and child support.

Generally, an unmarried parent who has the care and control of the child is considered the sole custodian without having to go to court.  This is usually the mother of the child. A court may order otherwise if there is a child custody case to be heard.

Within a marriage, the parents of the child are considered to be the spouses. Also, a male is generally presumed to be the father of a child in the following situations:

An unmarried father may need to prove paternity before claiming parental rights and child custody. Without this, the father may have no say in the upbringing of the child.

How can I be sure my parenting plan complies with the law?

Alberta’s Family Law Act promotes the well-being of families and children after a divorce or separation and simplifies Court procedures. The Act details the information you will need to construct a legally sound parenting plan and custody agreement. Considering your “child’s best interests” (as defined in Alberta’s Family Law Act) will greatly increase your chances that the Court will accept your parenting plan.

It’s crucial that your parenting plan includes factors like the age of the child and how the plan might change as they grow. There should be enough detail for the plan to be logistical and practical but enough flexibility for it to be realistic. The parenting plan does not need to be written in legalese. Simple, yet detailed language is best when determining how the child’s time will be divided and the factors that contribute to this decision.

In Alberta, what factors determine “the child’s best interests”?

The “child’s best interests” should be at the core of any parenting plan or custody agreement. These criteria are defined by Alberta’s Family Law Act in order to best protect and benefit the children involved in these agreements. According to the Act, these factors are used to determine a child’s best interest.

While there is no required formatting, the following criteria should be clearly stated and explained in your parenting plan:

What should my Alberta parenting plan /custody agreement include?

To make the custody process as seamless as possible, you should include the following information in your custody agreement/parenting plan:

In Alberta, what are the roles and responsibilities of guardians?

Guardians must maintain the following roles and responsibilities, while upholding the best interests of the child, as outlined in Alberta’s Family Law Act:

How does being married or unmarried affect guardianship in Alberta?

Most Alberta parents are automatically entitled to guardianship of their child. However, there are certain laws that may affect guardianship, depending on the following circumstances:

Can parents let the Alberta court decide the custody arrangements?

It is highly favorable for parents to come up with their own agreement without relying on the Alberta Courts. This is why parenting plans and custody arrangements are required parts of the process. However, it is feasible to petition the Court to devise a plan if absolutely necessary.

If an agreement cannot be reached, even after attending mediation, the Court will intervene. However, these plans are usually not in the best interest of the child, since the Court is only privy to the information provided and does not know the child personally.

If a parenting plan is submitted with disputes, the Court will act as the decision maker. Under Alberta’s Family Law Act, guardians are required to cooperate with each other on child-related matters. It is imperative that you do everything you can to work together when drafting a custody agreement.

Nothing is more important than the health and well being of your children. The knowledgeable team of lawyers at Spectrum Family Law Calgary can help you craft a parenting plan that meets the unique needs of your family.